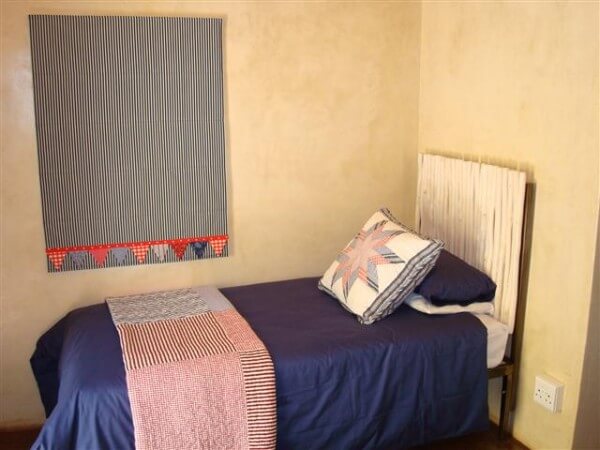 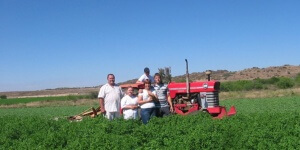 The Great Karoo has an area of more than 400,000 square kilometres. From a geological point of view it has been a vast inland basin for most of the past 250 million years. At one stage the area was glaciated and the evidence for this is found in the widely-distributed Dwyka tillite. Later, at various times, there were great inland deltas, seas, lakes or swamps. Enormous deposits of coal formed and these are one of the pillars of the economy of South Africa today. Volcanic activity took place on a titanic scale.

Despite this baptism of fire, ancient reptiles and amphibians prospered in the wet forests and their remains have made the Karoo famous amongst palaeontologists. Western people first settled in the Cape in 1652 but made almost no inroads into the Karoo prior to about 1800. Before that time, large herds of antelope, zebra and other large game roamed the grassy flats of the region. The Khoi and Bushmen, last of the southern African Stone Age peoples, wandered far and wide. There were no Europeans and no

Africans of Bantu extraction. (The area was never wet enough for cattle and this is probably the main reason why it was never occupied by the Bantu). The two ethnic groups mentioned above differed substantially in their cultures and lifestyles; the Hottentots were described as graziers of sheep and cattle, while the Bushmen were hunter-gatherers. (These were the original names given to these tribes by the Dutch.

The terms may not be regarded as politically correct today). With the occupation of the region by European settlers, sheep gradually replaced the game and the cover of grass degenerated, owing to changes in the pattern of grazing and in the climate. Starting in the middle years of the 19th century, a railway track was extended into the Karoo from Worcester in the south. This eventually extended its tendrils to Bechuanaland, South West Africa, Johannesburg, Rhodesia and far beyond. The impact of this railroad on the history of southern Africa is difficult to exaggerate.

During the Second Anglo-Boer War of 1899-1902, three Republican commando units, reinforced by the rebels from the Cape Colony, conducted widespread operations throughout the Karoo. Countless skirmishes took place in the region, with the Calvinia magisterial district, in particular, contributing a significant number of fighters to the Republican cause. Fought both conventionally and as a guerrilla struggle over the Karoo’s vast expanses, it was a bloody war of attrition wherein both sides used newly developed technologies to their advantage.

Numerous abandoned blockhouses can still be seen at strategic locations throughout the Great Karoo; a prime example is located next to the Geelbeks River, 12 kilometres outside the town of Laingsburg. Currently sheep farming is still the economic backbone of the Karoo, with other forms of agriculture established in areas where irrigation is possible. Lately game farms and tourism have also started to make an economic impact.

We are situated in the heart of the Great Karoo, Ramino Guest Farm is the perfect stopover between Cape Town and Johannesburg. The guest house is a renovated historical farm house with 5 bedrooms with on suite bathrooms of which 1 is a family room. Each room has its own entrance to the stoep and garden.